For as long as I could remember, I wanted to be a mom. It seemed that no matter how many dreams I had, aspirations I held, this was the one that mattered the most.

I wanted a house full of noise and love and laughter. I wanted my kids to grow together, to be each other’s best friends and confidents throughout life. 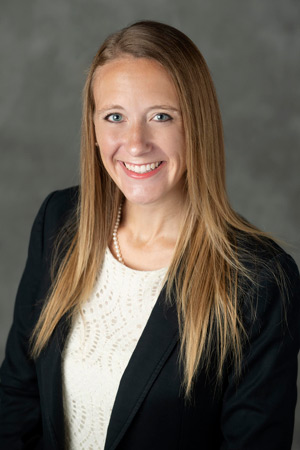 . . . with our firstborn a little over a year after we married. While pregnancy didn’t come or go smoothly, our son quickly became the light of our lives. There was nothing quite like parenthood-it was everything they said it would be-an impossible type of love that you just can’t get enough of. As Maddox grew, the desire to grow our family also grew. It was around his second birthday we started this journey. As the months passed, our fire dwindled and it became evident there was a problem. Unexplained secondary infertility-that’s all we were given.

At that point, we sat down and examined our options, which we narrowed to 3-pursue infertility treatment, become foster parents and hope that someone would eventually stay forever, or pursue private adoption. We chose the first two-after all, I was finishing residency training with very little financial reserve and the quoted $40k for an adoption seemed impossible at the time.

But, like most thought out plans, we found ourselves two years in with nothing but broken hearts after caring for and losing 4 amazing children in the foster system and an empty womb that had continued to cost us financially, emotionally, and physically.

After we said our most difficult goodbye to our last foster son, we knew we needed to redirect our course. I remember the day I reached out to our first adoption agency. I cold called on a random weekday morning and found myself an hour into a phone call feeling overwhelmed and a little terrified. But, taking a deep breath, I reminded myself of my father’s favorite mantra- “How do you eat an elephant? One bite at a time.” We could do this, as so many had done before. And we were going to bring our baby home someday soon-I just knew it.

We were home study approved within a month and shelled out another several thousand dollars to join our agency’s waitlist. We waited, and waited, and waited. We waited for 5 months with no calls, no inquiries, nothing-just silence. Every passing day heightened my anxiety and the pessimism inside grew.

I remember going into my empty nursery, rocking in the chair, and crying. I was angry, sad, and felt helpless and hopeless. How could it be such an impossibility for us to have another child? It was during one of these sessions, I had had it. If my agency couldn’t match me, certainly I could figure something else out.

I became more proactive, seeking out Facebook pages, support groups, and cold called more agencies. It was at this point we hired a consultant, and then a month later, hired two adoption lawyers recommended to us by a friend. I was determined to cast the net wider. But, in doing so, our expenses rose. Every waitlist, attorney, consultant was another several thousand dollars, but we knew, in the end, it would be worth it. We applied for at least 40 situations during that time, just hoping that someone would think we were the perfect family for their sweet baby.

Money was flying away.

We had our first bite in January 2021. We were elated-a baby of unknown gender to be born in May! But sometimes when things seem too good to be true, they often are. We found out a week later that the birth mother wasn’t even 12 weeks pregnant and was demanding additional funds. As we wanted to have a relationship with our birth family, we were taken aback by this obvious deceit. We soon realized this was not an ideal situation for us, and backed out of the match, as difficult as it was.

More weeks came and went. But then, another bite came in February! Baby boy to be born in June! We were ecstatic as we had the opportunity to meet with our birth mother over Facetime and fell in love with her. We felt a huge weight lift-we were finally going to bring our baby boy home. I immediately started redecorating the nursery and filling the closet with clothes and newborn necessities. We would correspond with our birthmother fairly frequently and we were feeling so good about the trajectory in front of us. We had his name picked out and travel plans were being made. FMLA paperwork for my job had been filed and approved. I had downloaded a pregnancy app so we could track the baby’s prenatal growth and development. Go bags were packed, the car seat and stroller in flight bags so we could make a quick departure just in case he came early. For the first time since Maddox had turned two, I could breathe easily. It was almost going to be over.

And then, the world shifted. I was at work on a Wednesday morning in late April. We were at 34 weeks-the baby was officially viable and healthy. He could come at any point, and he would likely need only minimal support other than his likely withdrawal. I was in the middle of rounds when I received a message from our lawyer that she needed to speak with us immediately. My heart sank-I knew for some reason this was not going to be good news. I immediately thought that our birthmother had backed out-for what else could it be?

Placental abruption-there was truly nothing anyone could have done. By the time our birthmother started bleeding, he was already gone. He was born sleeping, in the arms of Jesus. Our lawyer assured us this was the first time in her many years of doing adoptions that something like this had happened.

For a while, we were numb. We had lost a significant amount of money and time. And all we had left was a broken heart and an empty nursery. I unpacked the bags through tear-soaked eyes. I undid my FMLA request and we tried to move on. We were asked if we wanted his remains, which felt strange. He was states away and it felt wrong to take him away from his birthmother, so we opted not to. We tried to reach out to her, but she understandably didn’t want to talk with us. I still have the letter we wrote her-my tribute to the baby that brought us so much light for so many months.

The next couple of weeks were a blur. We applied for a couple of situations, but I honestly couldn’t tell you much beyond that. Our hearts were trying to mend but we were also trying to make up for lost time.

Then, out of seemingly nowhere, we matched again. We received word of the match on May 6th for a baby boy to be born May 25th. On May 10th, we received word that our baby boy had been born in Arizona! We spent the next few days scrambling to get childcare arranged, work schedules adjusted, and then flew to Phoenix two days later. On May 13th, we met our son, Miller, in the NICU. He was just about as perfect as you can imagine-a tiny little one who stole our hearts the minute we walked in. His birth parents signed consents later that afternoon and officially, he was going to be ours. It was a rough NICU stay, as Miller battled neonatal abstinence syndrome for 13 days, but ultimately, his grit and determination persisted and he graduated the NICU with flying colors.

We had the privilege of meeting both of Miller’s birth parents during our 16 day stay in Arizona. They truly love their biological son and want the best life for him. It was emotional to watch them say their goodbyes to the tiny baby just days before we departed. We have stayed in contact since, and we are hopeful that Miller will get to meet them again someday.

Since returning home, our sweet boy has become a cornerstone of our family. He has brought us so much happiness and the feeling of completeness. He was meant to be ours and it took the broken and long journey we faced to find him. And, as cliché as it is to say “some of God’s greatest gifts are unanswered prayers,” which is so true in our case. Miller will be just shy of 4 months old when he officially takes our last name and law will finally recognize what we have known all along-he is our son, Maddox’s baby brother, and one of God’s greatest blessings. 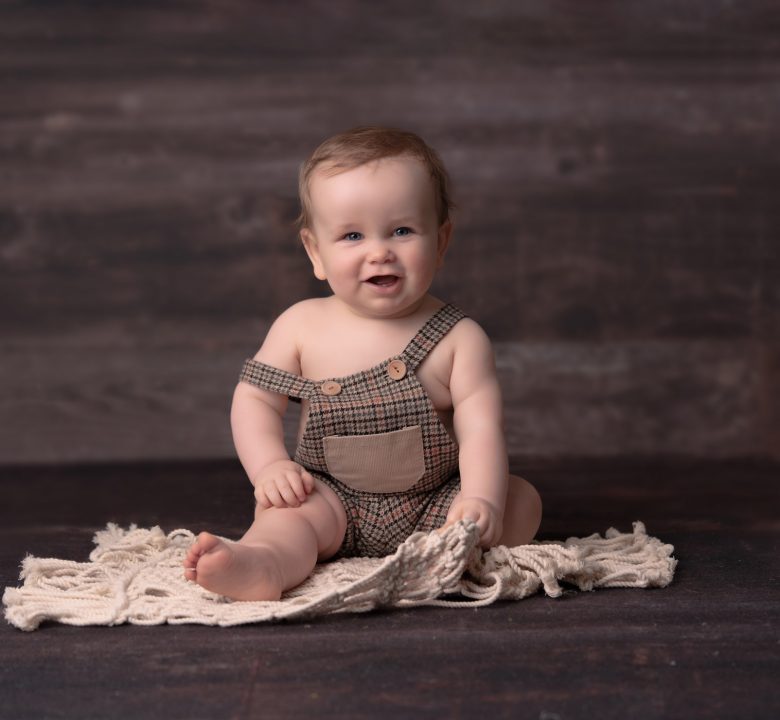 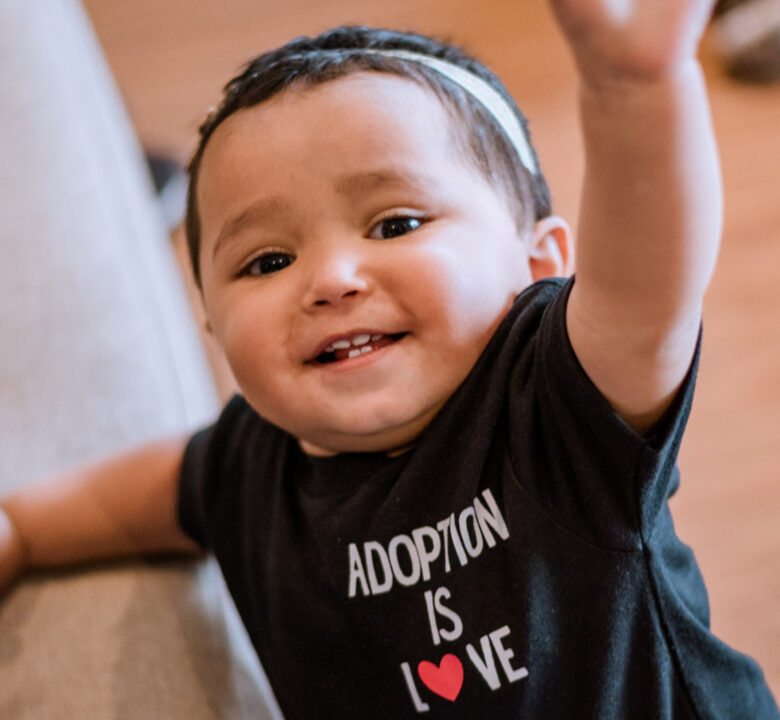